From the start of the pandemic, the drama club has had high hopes to be able to perform the upcoming play Grease. As many may know, the club had already been set in place to have the play in the 2019 – 2020 school year but in fact, they came across the peak of the pandemic that shut down schools which stopped its production.

Coming back to in-person school has been a struggle and a huge obstacle for the club. Not only did they feel like they had to start from scratch, but they also had to recruit actors and crew members.

At the beginning of August, the club participated in the school club rush and had a huge success in gathering students to sign up. However, the day they were expected to be at the club meeting only four people attended. Dr. Parker wondered what happened to the 45 people who signed up to be part of the club.

Dr. Parker was wondering what can I do to understand the low amount of attendance. She sent out a survey to those who signed up asking them why haven’t they showed up to the club meetings. Out of the 45 people, only 4 people reply.

They all replied that they would rather not state why they weren’t able to attend.

As you know we are still in a pandemic and we are trying to deal with it a day today. I had the chance to interview the Club President that had stated she wasn’t coming to the club meetings because she had driver’s ed. This was one out of many reasons why people weren’t able to attend many had other things going on. As of right now they only have about 7 to 10 members. I was able to come by two club meetings in which I was able to learn in-depth how much of an interesting club it is.

During the club meetings, they discuss upcoming projects they would like to participate in as well as plays they would like to perform to the student body. As you know the club is sponsored by the program woodcraft rangers. They support the club in many ways as funding supplies. Some of their upcoming projects are small video productions against smoking as well a valentines play and an upcoming play that has been the replacement for Grease.

Carlos is one of the club leaders and mentors of the Drama club. He contributes to the club by discussing ways to have better facial expressions as well as how to express yourself more through reading the lines. Carlos is one of our Spartans that has graduated from Huntington Park High School as well as a ¨Famous TicToker” as some may say. The club gets lots of support but as much as they have it hasn’t been much help if they don’t have enough actors. They only have about one male actor and several female actors. The club had stated they wish to have more male actors to be able to have better play material. If you are interested in being part of the club don’t hesitate to join. As I finished the last day of interviewing I notice of together the club is as well as how they laugh with happiness. To end this article here’s a quote from the Club President Kayna Romar ¨We are not weirdos, we just having fun.” If you would like to be part of the Drama club, you can contact Dr. Parker or one of the WoodCraft Rangers club leaders. 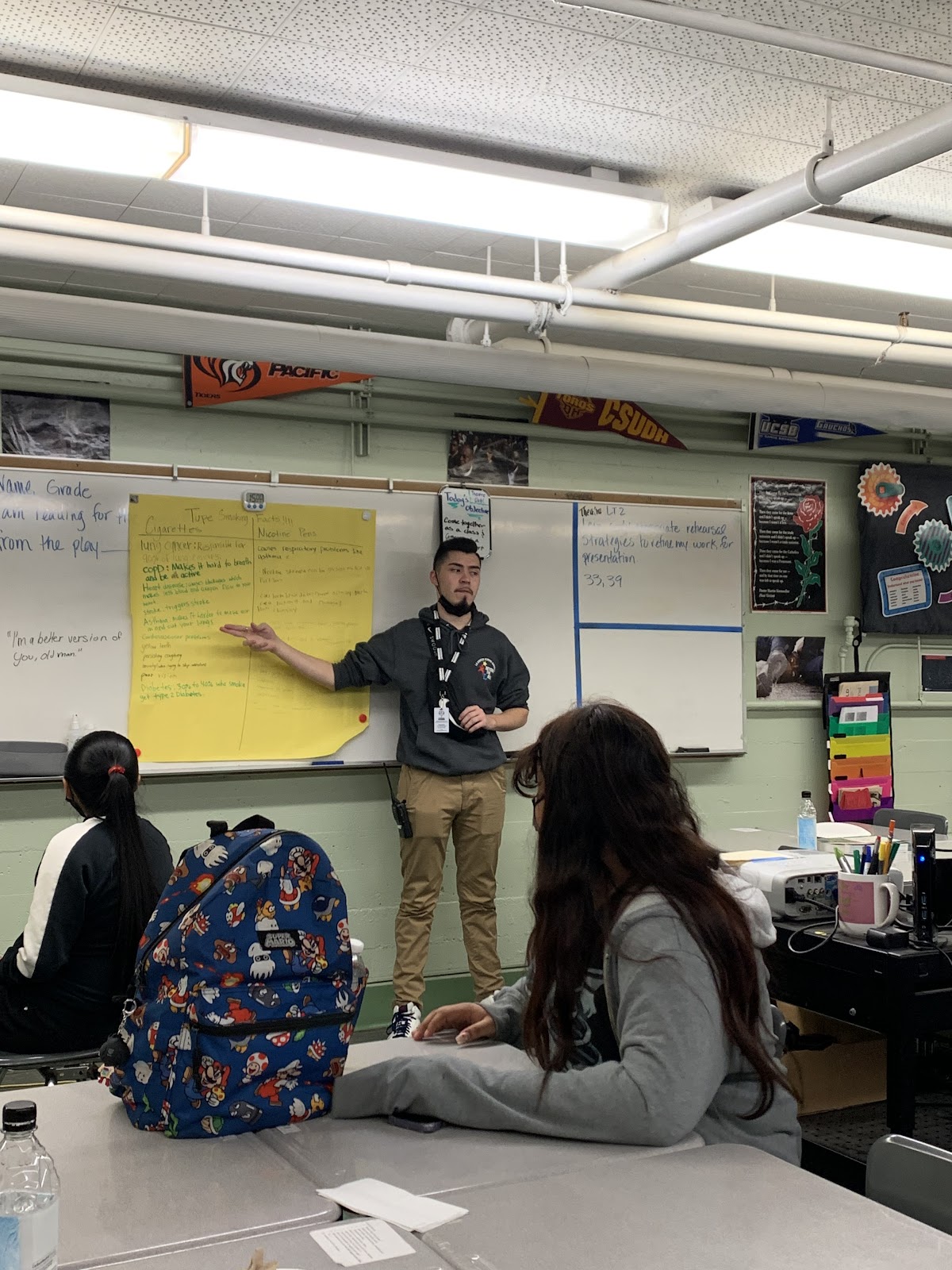